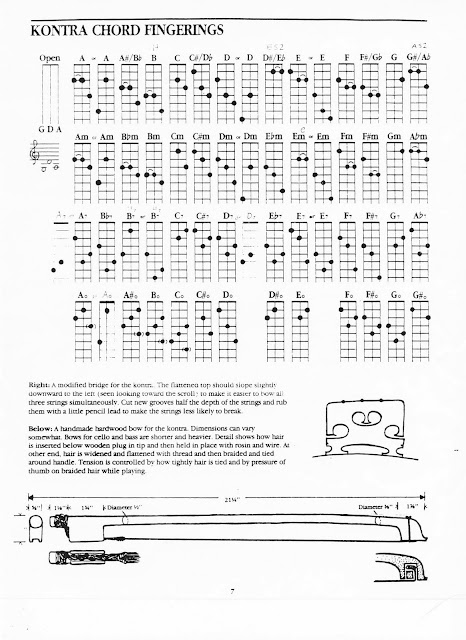 Been practicing daily now.  Getting a lot better.
Posted by Skogen at 4:58 PM 2 comments: 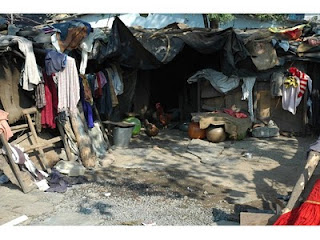 Temporary homes on a bridge. All these will be washed away during the monsoon. Slum is ruin and it is a construction site, urban ruin as a human nature's life providing platform. Slum is open form, as nature is. The dynamics and energies of a slum are much more powerful than those of a fixed, closed form settlement, industrial architecture. 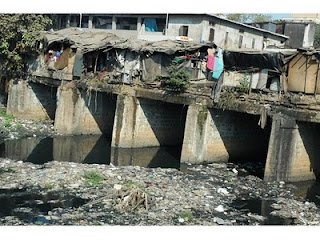 Construction workers. These guys are nomads moving from one construction site to another. They will build up their own village from the left over construction material of the houses that they are building. 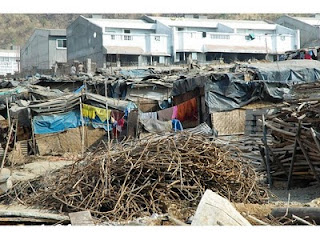 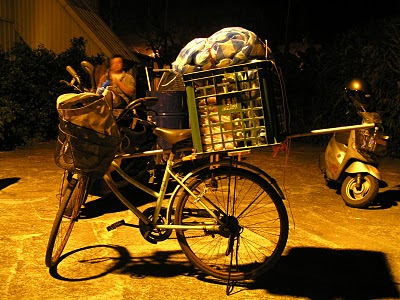 I had the idea while working on my yurt, to use a bike wheel as the crown of the yurt the circular center piece.  I also am working with the idea of welding two seated tricycle bike cart for transporting the yurt and other necessary items. Looks like this guy is already working with the same ideas.  Check out the set up and take down of this 2 in 1 transport and shelter. http://casagrandeworkshops.blogspot.com/2010/01/urban-nomad.html


Here is a zine guide to bike touring. Check it out!
http://zinelibrary.info/files/diy-bike-tour_update.pdf
Posted by Skogen at 8:53 AM 1 comment: 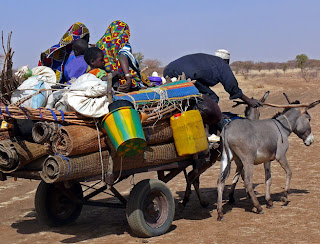 Definition:
Nümodism: Societies specializing in waste reclamation requiring periodic movement between urban areas. They are imbued with cultural values far beyond just doing a job. They offer a new sustainable cultural identity to those who have lost faith in contemporary ways of living. Nümodism is as much a way of life as a way of making a living.
Mythconceptions
There are some that glorify nomodic ways of life, the novelty of the gypsy and the ease of life of nomods. Never held down to sedentary troubles and responsibilities. While others considered them escapists, lost wanderers eluding responsibility and purpose. An inability to invest in long term commitments material and social. While others go as far as to asume the nomod is a despicable homeless. Worse yet, parasites leaching and disrupting. The nomodic reality is of course neither as idyllic as romatics have imagined, nor as selfishly obstructive as critiques assume.
Sustenance:
The nomods have assumed themselves as a transitionary culture. Substaining themselves through current sustainable accessible recourses. They react to the their immediate environments
Cultural/ecological areas:
Those nümods who exist in rich technologically advanced areas of the world, have, for a time, the ability to survive completely off the excessive waste essential to capitalist profit techniques. For the time, nümods have the ability to benefit from capitalism while not contributing very little to it. The nümod can use post-consumer waste to sustain themselves while transitioning to self dependance. The nomod must enact a slow transition from the culture of their upbringing and the ease from a modern life. Sustenance from waste provides the nomod a constructive venue for embracing and transforming the culture of their upbringing.
Ecology of movement
The nomod is not a lost wanderer but travels knowing where they are going and why. Neither is the nomad homeless for they live in a transportable home (typically a yurt) The nomod benefits from a culture of waste, yet they do not encourage it, nor wish to participate. Yet for the time being they seek to reduce the drastic negative impact of their culture and seek to sustain from waste for the time being. The nümod seeks to enlighten communities of people to alternative living styles. Thus nomod's are cultural educators. As the nomod's educate larger populations of people to the ways of waste sustenance, they must move travel around as recourses of waste dwindle with increased populations are educated of nümodic sustenance techniques. Nomodism fills an important nich which often provides a standard of living superior to wage laborers. The Nomod has developed an efficient way to exploit and convert natural areas of excess that are otherwise wasted into rich sources of energy. They are not held to sedentary production of resource requirements ei. Space+labor= profit.
Social and political organization
The nomod is societal rather than occupational. A new tribal standard dominated by friendship and relations rather than achievement value. The nomod never exists in a vacuum. They are responsive to continuous change in their relationships to dominating sedentary societies. Because of their ability to to adapt to modern times and preparation to exploit industries massive wastes, they have a chance to survive as an intact culture far into the future.
Posted by Skogen at 8:45 AM 1 comment:

The Punk Beasts of Swimming Cities swimming cities has inspired me to start a group of no-modic cyclist.  This summer starting some time in July I will be biking with a group from michigan to the east coast.  At each stop, we will set up our no-mod yurt and host ritual, performance, and party.  We hope to have at least 12 bikers on board.  I will be presenting more information soon.  For the time being check out the punk beasts of the swimming cities.
Posted by Skogen at 11:39 AM No comments: 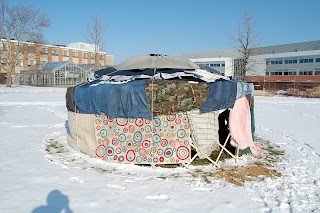 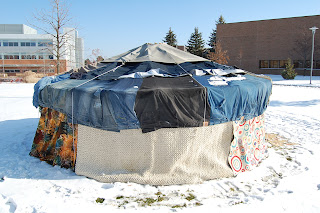 No-Mod Yurt frame is up! 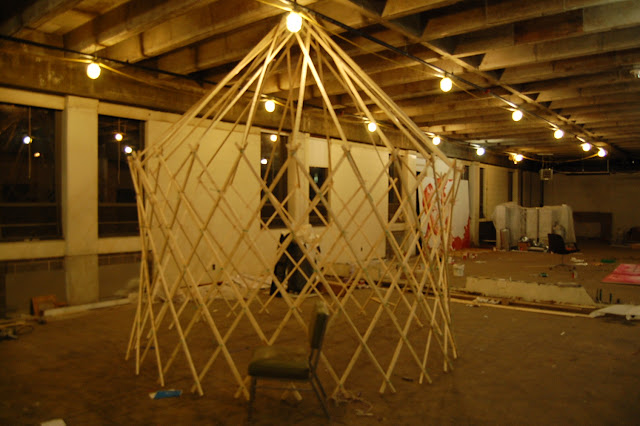