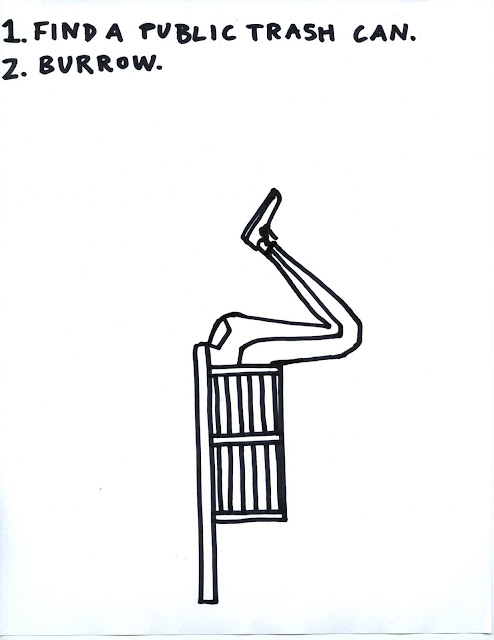 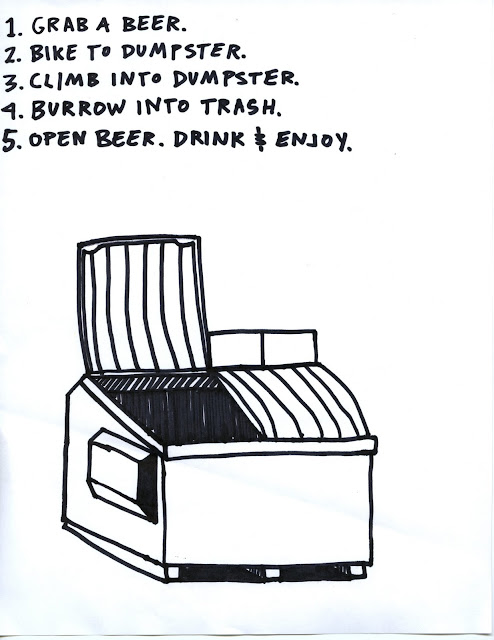 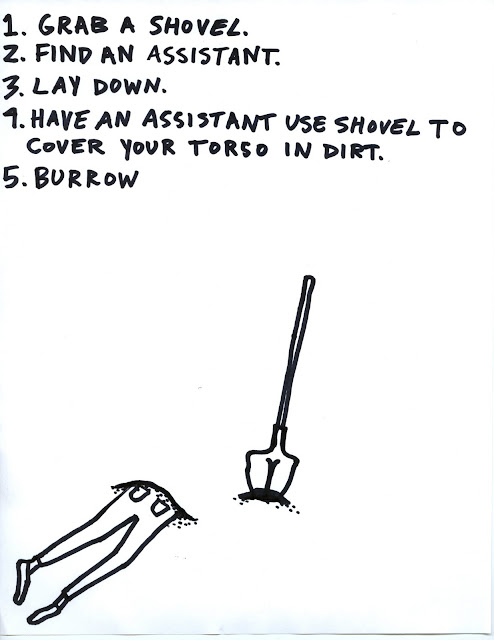 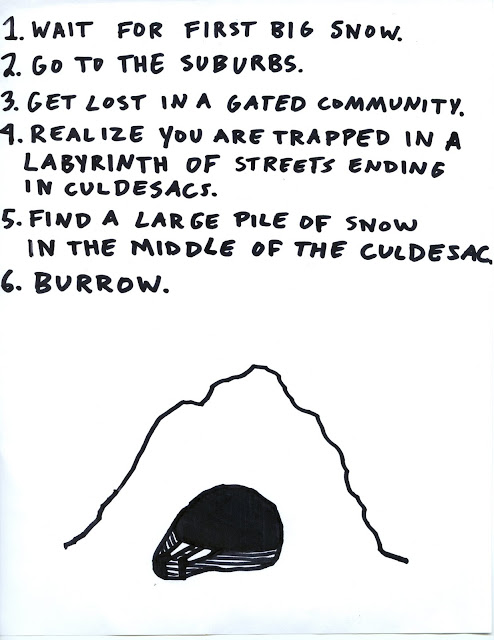 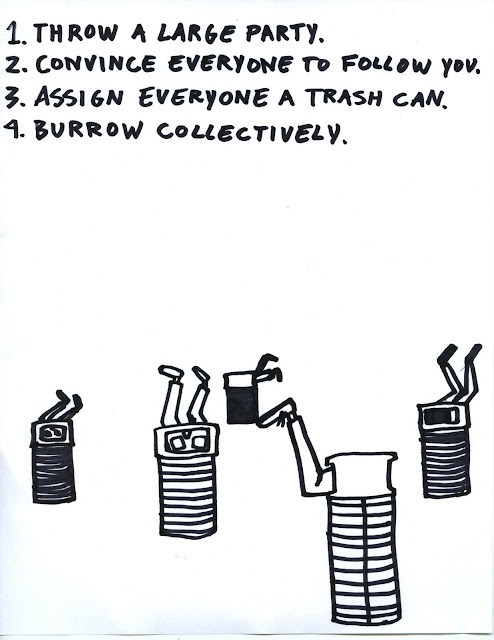 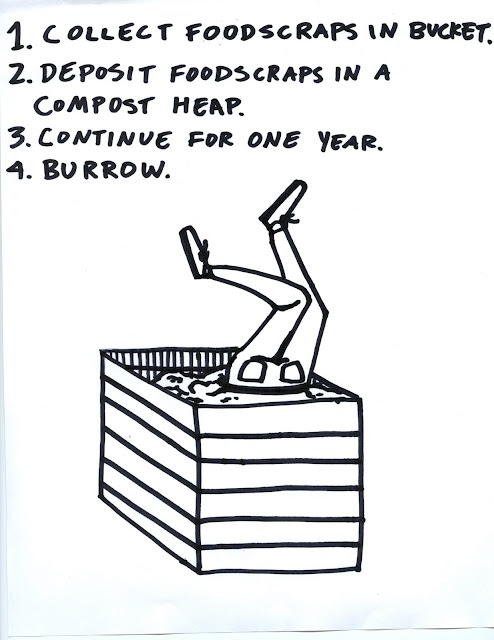 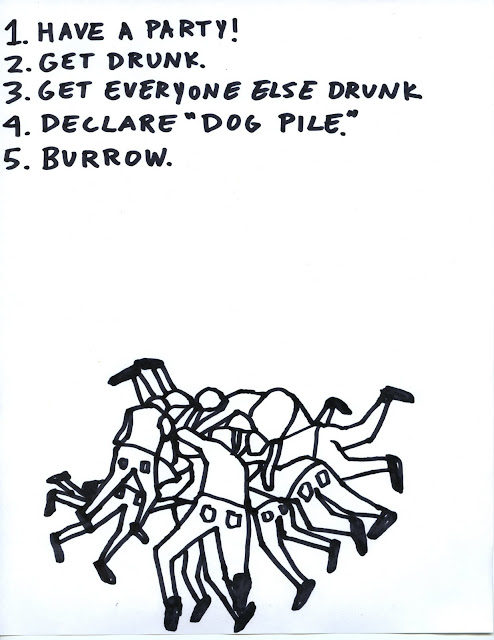 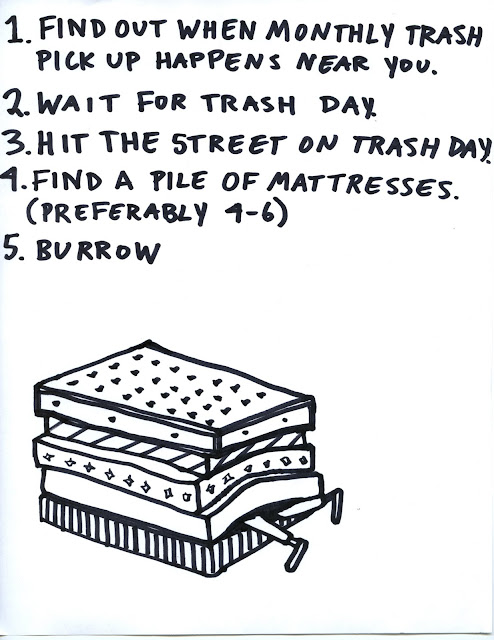 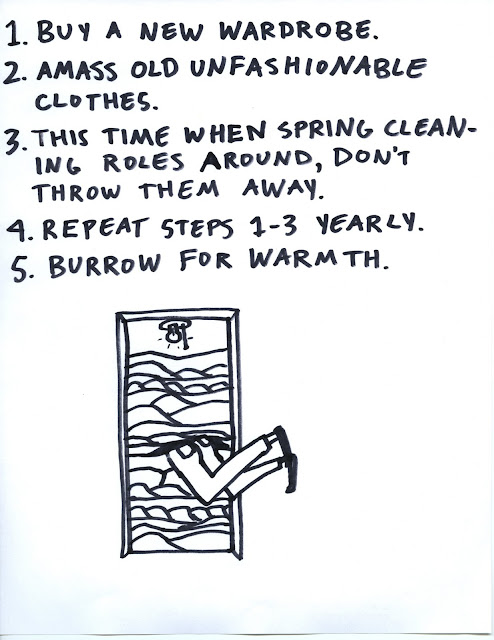 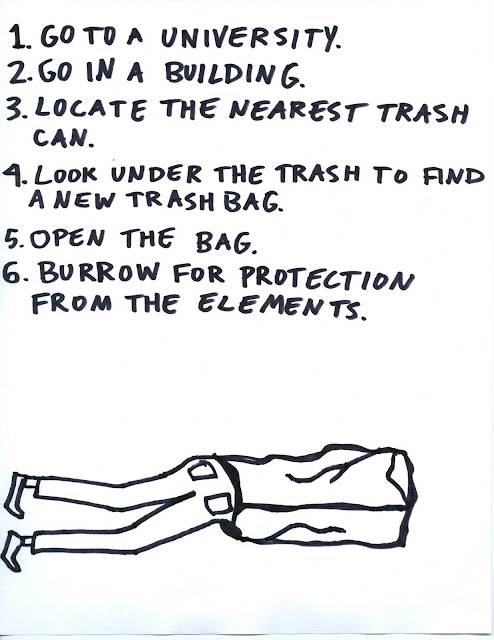 Very shortly we humans are going to be experiencing the decline in industry and production. The excess waste of the 20th and early 21st centuries--what was considered "trash"--will become very valuable to our survival. There is a current youth trend that readily acknowledges these facts. This new hip youth, has realized that they are surrounded by things amassed from the past one-hundred years of excess. They are privileged to have free access to post-consumer waste: Clothes, Furniture, Houses, Media, Food. Choosing to avoid contributing to the self-destructive culture of over-production and cheap throw-away convenience products. These youth are constructing their identity, style, art, music, gardens, living rooms and dinners from "trash." 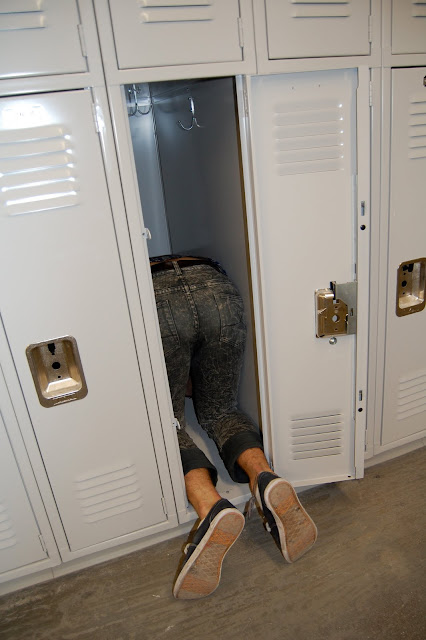 There is much more burrowing: Follow the tracks and burrow.
Why Burrow? read this short story(soon to be illustrated):

The First Apocalypse: a short story

Previously, for nearly 200 million years, the dinosaurs ruled the earth. Huge. Violent. Menacing. In their shadow lived the ancestors of modern mammals. Small pathetic mouse like creatures. The dinosaurs despised these worthless creatures. Wondering, "Why don't they aspire to be big and dominant, like us?" and "Why don't they eat fine foods, instead they eat bugs and scraps of waste!" The dinosaurs laughed as they saw the small creatures scampering around and burrowing into the ground. They said, "Why do they choose to live in dirty holes underground, why not live above ground like respectable creatures." But the mammals knew better. They knew that the dinosaurs life style was excessive and wasteful. They knew the dinosaurs would one day fall. And one day, the mammals were proved right. A six mile wide meteor struck the the earth in what scientists today believe was mexico. The catastrophic impact caused what is referred to as the Cretaceous Tertiary or K/T extinction event. The initial impact caused a brief, but drastic rise in temperature. The mammals quickly burrowed deep into the earth and escaped the heat. The dinosaurs had no such luck. The dinosaurs didn't know how to burrow, and they had gotten to be so big they couldn't fit in the mammals burrows. Exposed to the heat, vast numbers of dinosaurs burned to death. After a few days the earth began to cool down and the mammals emerged from their burrows. What they saw before them was a barren wasteland. A few of the lucky dinosaurs that managed to live, had nothing to eat for they were picky eaters and used to abundance. The mammals on the other hand were skilled at scavenging for food scraps. The remaining dinosaurs died from starvation. The mammals flourished and evolved into todays humans.
BURROW SCAVENGE SIMPLIFY LIVE SMALL